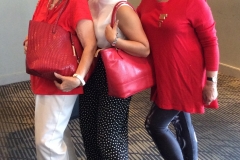 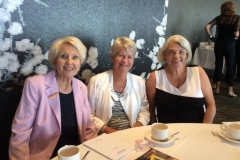 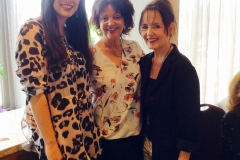 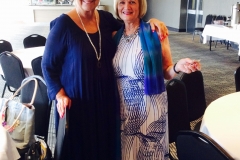 Earlybird Price – $65 (up to May 15. Must enter “earlybird” as the coupon code when purchasing online.)

To purchase a ticket to the upcoming banquet, click here.

As a popular regular on Channel 10’s Studio 10 – Denise has hosted several television shows, radio programs and appeared in movies. She is renowned for her many stints with Ernie Sigley and Darryl Somers on Hey, Hey Its Saturday. Denise has entertained audiences in the corporate arena and in Clubs around Australia. A truly versatile and dynamic entertainer, in 2005 Channel 9 selected Denise as one of the 50 most significant people on TV in the last 50 years winning two Silver Logie Awards for her work. Denise began her career as a dancing three-year-old & made her television debut at 11! Photographed at 16 by a Channel Nine photographer, Denise went on to win the annual Girl of the Year Award with Everybody’s magazine in 1964. When Denise claimed to be a singer, despite never having sung professionally in her life, her singing career was launched. Following an Australian tour with Ray Brown and the Whispers, she was offered a recording contract & went on to appear in 26 episodes of the ABC’s Dig We Must. Cool fact:  Denise was employed as Melbourne’s first go-go dancer at age 17! There is so much more, but you’ll have to attend the banquet to hear it all from this amazing woman herself…..

So you want to join the committee. Well this is a bold move and we welcome you with open arms. The first thing that you need to be is a full member. If this is you, then all you need to do is get nominated. This is a simple process. Each year, there will be a nomination luncheon or a call for nominations. This is usually around September/October. You just have to fill out an application and get that supported by another member and you are away. On the last Monday in February, we will hold the AGM at which time the nominations will be voted upon. If you are successful, then you will take hold of your position immediately.

If you are taking over an Executive Position like President or Vice President, then there will be plenty of support with the hand over. You will officially be sworn into office at the Annual Banquet. If you are interested in electing for committee, please send an email to our Queen Bee Susie Smither – president@alva.org.au

If you are a full member, you are invited to join the committee. This is such a rewarding experience and completely voluntary. Imagine being part of a team with your friends. Read More.

Each year ALVA has a number of events. Some of these events are in the yearly calendar like the Banquet and the Christmas Ball. Others happen in the spur of the moment as the need arises, like a specific fundraiser to help someone in the community. Regardless, all of these events are a sight to behold and offer you the opportunity to not only enjoy each others company, but to also help others in the process.

You might have a great idea for an event. Why don’t you drop us a line and let us know about your great idea. Just shoot us a little email with all the details.

ALVA has many events throughout the year. From the Annual Banquet and Christmas Ball, to luncheons and Trivia Nights. All events are for their members and their guests. You might have a smashing idea for an event. Read More.